Introducing the Panelists for Session 2 of the MBLA Rainmakers’ Roundtable Panelists: Managing Your Career

We are proud to introduce our panelist for the next session in our Rainmaker’s Roundtable series! 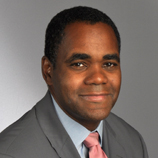 Wendell C. Taylor – Moderator
Director of Outreach, WilmerHale
As WilmerHale’s Director of Outreach, Wendell Taylor contributes to the firm’s business development, recruiting and diversity efforts, mentoring of younger lawyers and community outreach. Mr. Taylor previously served as a partner in the corporate practice at WilmerHale and represented clients in a wide range of transactions for more than 15 years. Throughout his legal career, Mr. Taylor advised public and private companies, both domestically and internationally, on corporate law matters including mergers and acquisitions, venture capital financings, initial public offerings and continuing public company reporting requirements. Mr. Taylor had an active pro bono practice, which included providing legal services to WilmerHale’s nonprofit partners in the Youth and Education Initiative.

Yvette McGee Brown – Panelist
Partner, Jones Day
A series of firsts defines the career of Yvette McGee Brown. She was the first African-American woman elected to the Franklin County Common Pleas Court. She was the founding president of the Center for Child and Family Advocacy, at Nationwide Children’s Hospital. And, in January 2011, she became the first African-American woman to serve as a Justice on the Supreme Court of Ohio.
Yvette is a partner at the global law firm of Jones Day specializing in business litigation and appellate practice. She serves as the Partner-In-Charge of Diversity, Inclusion, and Advancement for Jones Day firm wide, representing 42 offices around the world.  She was first elected to the Franklin County Court of Common Pleas, Domestic Relations and Juvenile division in 1992. As lead Juvenile Court Judge, she led the creation of the Family Drug Court and the SMART Program, a truancy and educational neglect intervention program. She served on the Common Pleas Court until 2002, when she retired from the bench to lead the creation of the Center for Child and Family Advocacy at Nationwide Children’s Hospital. As a Judge she saw the impact of family violence on children and wanted to make a difference before they ended up in court or as she frequently says “Instead of pulling children out of the river, I decided to go upstream and see who was throwing them in.” The Center is a multi-disciplinary child abuse and family violence program that co-locates prevention, assessment, treatment, research and advocacy services for children and families experiencing abuse. After eight years of leading the center, the Governor appointed Yvette to the Ohio Supreme Court. Yvette is also an active community and corporate leader. She has served on the board of directors for Ohio University, The Ohio University Foundation, The Ohio State University Alumni Association, Motorist Mutual Insurance Company, M/I Homes Inc., Glimcher Realty Trust, and Fifth Third Bank of Central Ohio. She has been inducted into the Ohio Women’s Hall of Fame (2008) and the Central Ohio Business Hall of Fame (2014). Among her many honors are The Ohio University Medal of Merit, The Ohio State University Distinguished Service Award, the League of Women Voters Democracy in Action award, The Children’s Defense Fund “Odds Changers” Award. The Champion of Children Award, YWCA Woman of Achievement Award, and the Girl Scout Great Award.
Yvette graduated from Ohio University in 1982 with a degree in journalism/public relations. She continued her education at The Ohio State University Moritz College of Law, earning her Juris Doctorate in 1985. She has honorary doctorate degrees from Ohio Dominican University, Wilberforce University, Urbana University, and Central State University.

Stephanie Lovell – Panelist
Executive Vice President Medicare and Chief Legal Officer
for Blue Cross Blue Shield of Massachusetts
Stephanie Lovell is Executive Vice President Medicare and Chief Legal Officer for Blue Cross Blue Shield of Massachusetts, the largest private health plan in Massachusetts, and one of the largest independent, not-for-profit Blue Cross Blue Shield plans in the country serving nearly 3 million members.
Stephanie has overall responsibility for Blue Cross Blue Shield of Massachusetts’ Medicare program. She also leads the Company’s Law Department and Government and Regulatory Affairs function and provides strategic counsel to help ensure the company continues to meet key corporate goals – including making quality health care affordable for individuals, families and employers.  Stephanie has extensive experience in both the public and private sectors. She joined Blue Cross Blue Shield of Massachusetts in December 2011 after more than four years at Boston Medical Center (BMC), where she served as Senior Vice President of Administration and General Counsel. At BMC, Lovell was responsible for legal affairs, strategic planning, compliance, human resources, and facilities. Prior to BMC, Lovell served in the Office of the Attorney General for more than six years, including three years as First Assistant Attorney General and three years as the Government Bureau Chief. Earlier in her career, Stephanie served as the Executive Director of the State Ethics Commission, and prior to that as Assistant General Counsel for Litigation for the Boston School Committee. Her private sector experience also includes serving as senior litigation associate at the former Fitch, Wiley, Richlin & Tourse, and the former Hill & Barlow.
Stephanie has sat on several boards, and currently is a board member of the Boston Bar Foundation, Goodwill Industries of Massachusetts and Community Servings. She holds a Juris Doctorate from the Boston University School of Law and a bachelor’s degree in philosophy from Hamilton College.

David C. Phelan – Panelist
Executive Vice President and General Counsel, State Street
David Phelan is executive vice president and general counsel of State Street. He leads a global legal team made up of more than 177 experts across all aspects of the banking, global markets and institutional investor industries. Mr. Phelan joined State Street from the Boston office of Wilmer Cutler Pickering Hale and Dorr LLP, where he was a senior partner for more than a decade and practiced corporate law with a special focus on the representation, domestically and internationally, of investment advisers, investment companies and other collective investment vehicles. He has significant corporate and securities law experience representing public companies, pooled investment vehicles, investment advisers and other issuers on an array of issues, including public reporting, capital raising, as well as regulatory and compliance matters. Mr. Phelan is a member of the New York and Massachusetts Bar Associations. He received a J.D. degree, magna cum laude, from Tulane University Law School, where he was an editor of the Tulane Law Review. He received a Bachelor of Arts degree from Hamilton College and a Master of Arts degree from Brown University. 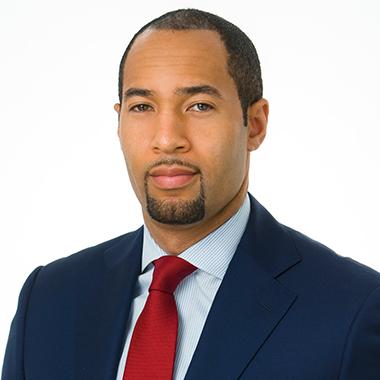